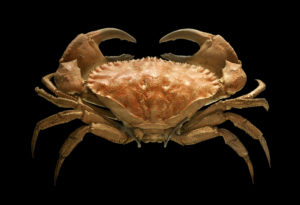 Why have the words of Richard Smith, ‘Dying of cancer is the best death’ had such a huge impact on people?
Why should cancer necessarily cause death? Any so called cause of death is simply imaginative because death happens simply on its own. We can’t control the time of death, it comes when it will. However, we can modify the quality of life before death. It is fascinating and extremely difficult job to perform for oneself and others.
Many people, scientists and laymen still believe that physical illness has an exogenous origin. When the evidence of that is not there, the layman and the scientist turn their attention to the organs, to the tissues, to the system where the disease appears. Usually, they do not consider
the function. We know the function but it is difficult to control it because it represents an action of the body deeply connected with our way of thinking, feeling and living. If dying of cancer is the best way to die, we should understand that we are not speaking of the
illness as such but of the time which is given to us before death. No one knows when this will happen. Everyone of us will die. We are afraid of the quality of life before death. Cancer, in Greek, is called neoplasia and it means new life. We were born with a neoplastic cell staying somewhere in the body up to when it is called to manifest itself. A recent scientific report stated that through autopsia of persons deceased for reason other
than cancer, scientists found calcinated cancers living in the body without causing any discomfort. Why are we so afraid of death? Why not to take care of the quality of life? And on what to base the quality of life?
Science proposes medicines to keep this quality and the evidence is proving that this is not always the case. As a naturopath with a classic and eastern approaches, I have been close to several people
ill with cancer who made an autonomous decision to live with the illness, using it as a teacher, and who were asking help to understand the teacher, the cancer. Few were cured by
themselves, through their understanding, others died within a framework where suffering was there with the full understanding of it and consequently taking benefit of the remedy and
medicine available. The words of Dr Richard do not ask us to take into account personal experiences of cancer.

They call for reflection, they should not be the object of an attack. They ask for a different way to see the problem. Why don’t we speak, communicating our different experiences without waiting for the Centre of Oncology Research to find the cure for cancer? Why we do not to understand that any illness is a mirror of something else living in ourselves, in our mind and emotions?
(I would like to add this other para related to ayurveda) In Ayurveda, although described with different words, we find evidences of this illness. But our ancestors did not have the facility of scientific researches and findings. But they realised the existence of this degenerative state of life of the body considering prakruti, mind behaviour and style of life.

Ayurveda teaches us how to maintain health and prevent illness. Jivaka was unable to find anything that couldn’t be a medicine and having an health restoring effect. I suggest that nowadays we are looking for remedies, medicines, therapies because we are unable to take the responsibility of ourselves, it does not matter if we are scientists or laymen.